The funeral will be 2 p.m. Friday at First Baptist Church in Fairfield, with the Rev. John Kermott officiating. Burial will be in Zion Lutheran Cemetery east of Douds (note: in Van Buren Co., IA).

Visitation will open at 3 p.m. Thursday at Pedrick Funeral Home in Keosauqua, with family present 6-8 p.m.

Memorials to Awana clubs or First Baptist Church can be left at the funeral home or church or mailed to the family at 2056 Fir Ave., Batavia 52533.

She and her husband served churches in Arkansas, Iowa and Nebraska, including Zion Bible Church in Douds and Calvary Baptist Church in Batavia. In retirement, they continued to do mission work in many locations.

In addition to her husband, she was preceded in death by: one sister, Patricia VanBOENING; one brother, Gene VanBOENING; and one son-in-law, Scott ENGLAND. 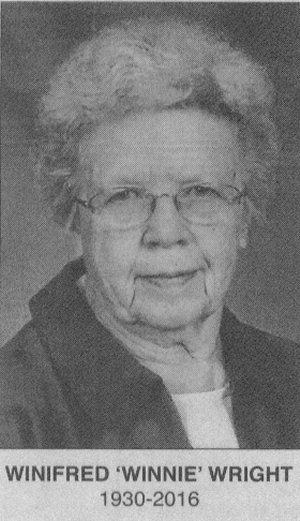