Harold Monroe COCHERELL, 77, of Mt. Pleasant passed away on Tuesday, July 21, 2015 at the University of Iowa Hospitals and Clinics.

Private Services will be held. Memorials may be directed to the University of Iowa Cardio Vascular ICU Unit in his memory.

Harold was born on April 18, 1938, in Keosauqua, Iowa, the son of Charles Monroe and Erma Frances SAMMONS COCHERELL. Following his graduation from high school, he joined the United States Army serving for three years state side. He was united in marriage to Shirley Joan GIBERSON on June 24, 1962, at Stockport, Iowa. Harold spent most of his life working in factory maintenance, and retired as a maintenance supervisor from Ceco Building Systems of Mt. Pleasant. Following his retirement, he worked for Preferred Security of Burlington. He was an avid reader, a ham radio operator enthusiast, and enjoyed various types of music, especially classical. He enjoyed sprint car racing and was a jack of all trades and a master of none.

Harold is survived by his wife Shirley, one son Kenneth, both of Mt. Pleasant; his daughter, Martha (Lance) WELLS of Gridley, Illinois; his sister, Marilyn LEYDENS ALTER of Mt. Pleasant; brother-in-law Clarence HOLCOMB Jr. of Mt. Union; and several nieces and nephews.

He was preceded in death by his parents, a daughter, Karen and a sister Dorothy HOLCOMB.

Online condolences may be sent to the family at www.murphyfuneralandmonuments.com

Murphy Funeral Home of Mount Pleasant is handling the arrangements. 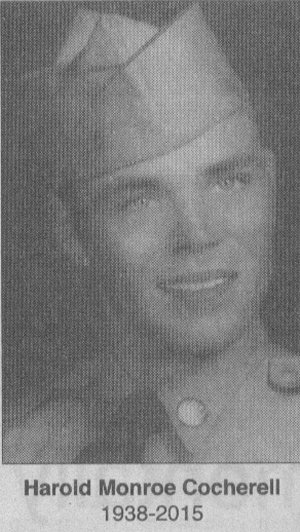