Mr. SHERWOOD was a 1973 graduate of Fairfield High School. He graduated from the University of Iowa School of Journalism in 1977 and was a member of Sigma Pi fraternity.

David was employed as a News Director and Radio announcer at various radio stations including KMCD/KBCT in Fairfield, Iowa, KCII in Washington, Iowa, and WPSL in Port St. Lucie, Florida. David's most recent endeavor was his pursuit of acting. He presided (sic - resided) in Hollywood, CA for the past 17 years and his work can be seen in over 100 movies and numerous shows for television.

His family includes his nephew, John ELORDI, of Royal Oak, MI, his niece, Josie ELORDI of Chelsea, MI and a niece, Monica Rae MEGINNES. Family members also include his aunts and uncles and numerous cousins.

Family and friends are invited to attend a Memorial Mass at 2pm on May 9, 2015 at Corpus Christi Parish in Galesburg, Illinois. Burial services will be private. 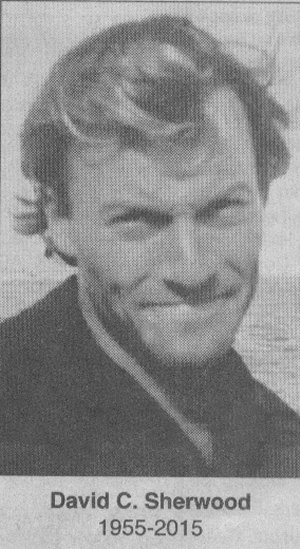