The funeral is set for 11 a.m. Friday at Fremont Funeral Chapel in Fremont, with the Rev. Danny Cary officiating. Burial will be in Packwood Cemetery near Packwood.

Visitation will be from 10 a.m. until service time Friday at the funeral chapel.

Memorials can be made to Home Health Care of Keokuk County.

She worked at American Chain and Cable in Fairfield, but after her marriage to Max WOLF, she stayed home to help on the farm. She later went to work for Home Health Care of Keokuk County.

She was preceded in death by her parents; one grandson; and four brothers: Veryl, Clifford, Dale and Dean COUNTRYMAN. 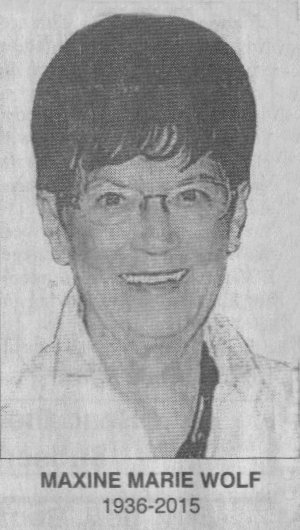