Arrangements are pending at Gould Funeral Home in Brighton.

The funeral is set for 10:30 a.m. Saturday at Gould Funeral Home in Brighton, with Carol Long officiating. Burial will be at Clay Cemetery west of Brighton (note: in Washington Co., IA).

Visitation will begin at 3:30 p.m. Friday at the funeral home, with family present from 5-7 p.m.

Memorials for Brighton Volunteer First Responders or the Rubio Community Building can be left at the funeral home or mailed to the family at 500 W. Washington St., Brighton 52540.

He worked for McCleery-Cumming Co. Inc. for 42 years and retired as plant foreman. He later worked for Technigraphics in Iowa City for three years.

In addition to his wife, he was preceded in death by his parents. 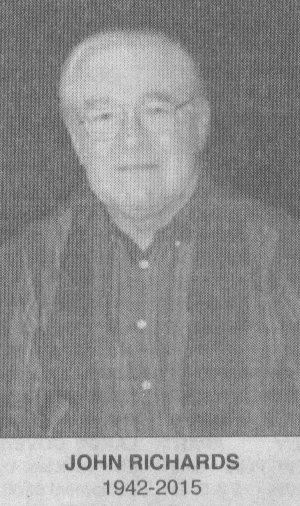