Stanley Delmar PARSONS, age 74, of Fairfield passed away January 2, 2015 at his home.

Per Stanley's wishes, he has been cremated.

A memorial service will be 2:00 P.M. Wednesday, January 7, 2015 at the First Lutheran Church, with Pastor Stacy Grau officiating. Burial of cremains will be at a later date in Salina Cemetery.

Stanley was a lifelong resident of Jefferson County. He graduated from Fairfield High school with the class of 1959. Stanley was a farmer, a machinist, and a bus driver for the Fairfield School District. His hobbies and interests included: President of the Salina Cemetery, farming, carpentry, watching western movies, gardening, hunting, John Deere tractors, participating in and going to tractor pulls. Stanley was active in 4H, a member of First Lutheran Church, and a Church council member. His favorite past time (sic) was spending time with family and friends.

Behner Funeral Home & Crematory in Fairfield is assisting the family with arrangements. 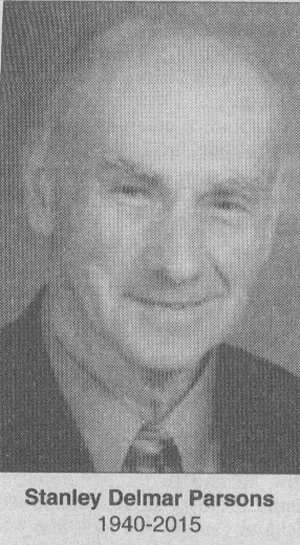