Arrangements are pending at the Olson-Powell Memorial Chapel in Mt. Pleasant.

A memorial mass is planned at 11 a.m. Jan. 17 at St. Alphonsus Catholic Church in Mt. Pleasant, with the Rev. Joseph Phung officiating. Inurnment will follow the service in Evergreen Cemetery in Fairfield.

The family will greet friends during visitation beginning at 10 a.m., one hour prior to the service, Jan. 17 at the church.

Memorials have been established to Pleasant Manor Care Center and Sister of St. Francis of Dubuque, a Catholic order for nuns. Online condolences can be directed to www.olsonpowell.com .

Olson-Powell Memorial Chapel in Mt. Pleasant is assisting with arrangements.

A memorial Mass will be held at 11 a.m. SAturday at St. Alphonsus Catholic Church in Mt. Pleasant, with the Rev. Joseph Phung officiating. Burial will follow in Evergreen Cemetery in Fairfield.

The family will greet friends during visitation at the church beginning at 10 a.m., one hour prior to the service, Saturday.

Memorials can be made to the Sisters of Saint Francis in Dubuque and Pleasant Manor Care Center in Mt. Pleasant. Online condolences can be made at www.olsonpowell.com.

The Olson-Powell Memorial Chapel in Mt. Pleasant is assisting with arrangements.

Mrs. KURTZ was a 1941 graduate of Fairfield High School and attended Parsons College in Fairfield.

During World War II, she worked at the Ration Board and later at several Fairfield businesses where she was a secretary and bookkeeper.

Mrs. KURTZ lived most of her life in the Fairfield area. She moved to Bettendorf in 1995 to be close to her children living in the area. She then moved to Mt. Pleasant in 2009, to be near her daughter.

An avid vegetable and flower gardener, she took pleasure in sharing her produce with friends and neighbors. She loved cooking for her family, and her signature chocolate chip cookies were enjoyed by all. She also was a talented singer and liked all types of music.

In addition to her husband, she was preceded in death by: one daughter, Joyce KURTZ LEU; one granddaughter; one son-in-law, Terry ROSS; three brothers, Harold BRERETON, Hollis BRERETON and Glenn BRERETON; and three sisters, Bernice MARTIN, Madelene METZ and Dorothy WILSON. 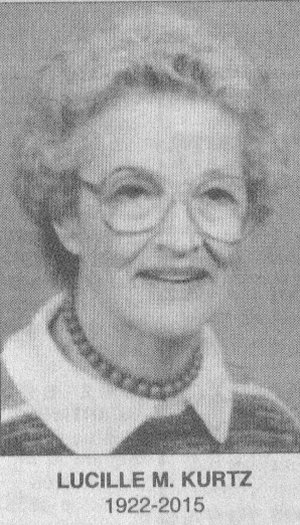