A celebration of life service for Mrs. DAVISSON and her husband Larry DAVVISON (sic - DAVISSON) will be at 10:30 a.m. Nov. 21 at Grace United Methodist Church in Des Moines, with visitation an hour prior to the service.

Per her wishes, the body has been cremated, and her ashes will be buried at 2 p.m. alongside her husband's at the Iowa Veterans Cemetery in Van Meter.

In lieu of flowers, memorial contributions can be made to Pancreatic Cancer Action Network. Online condolences can be expressed at www.HamiltonsFuneralHome.com.

After her marriage, she and her husband moved to Sacramento, California, to begin their life together. She worked as the psychology department secretary at Sacramento State College.

Upon moving back to Iowa in 1978, she worked for Chevrolet, Travelers Insurance, and Principal Life Insurance before retiring in June 2012.

She was a member of Grace United Methodist Church.

She enjoyed playing card games and traveling. She loved spending time with her grandchildren.

Survivors include: one son, Erik DAVISSON and wife Donna of San Antonio, Texas; one daughter, Staci KRAEMER and husband David of Fairfield; and seven grandchildren.

In addition to her husband, she was preceded in death by: her parents; two sisters, Sharon ABBAS and Gloria BURKLE; and one brother, Dale PRULL. 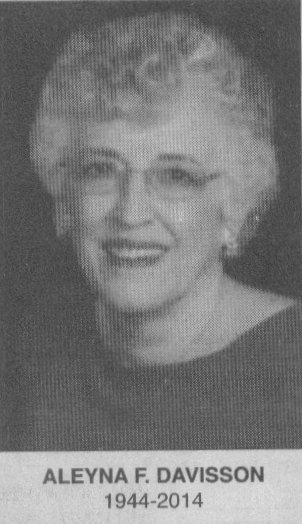