A memorial service is planned for 3 p.m. Friday at the Fraternal Order of Eagles Aerie 2675, in Centerville. The body has been cremated.

Memorials can be made to the family.

Mr. OWENS was a graduate of Livonia High School. He worked for the Chevrolet garage and Toyota dealership in Fairfield, and was a mechanic for the Iowa Department of Transportation in Fairfield and Centerville.

He was preceded in death by his parents; one great-granddaughter; and three brothers, Charles "Bill," Ira "Frank" and Bob OWENS. 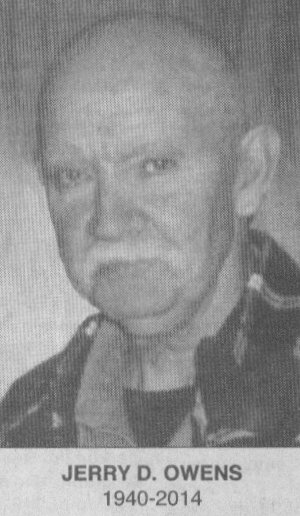