A funeral is at 10 a.m. Wednesday at St. Mary Catholic Church in Fairfield, with the Rev. Nick Adam officiating. Internment (sic) will be in Memorial Lawn Cemetery in Fairfield.

Visitation is 5-7 p.m. Tuesday at the church, followed by a prayer service.

She lived most of her life in Fairfield and graduated from Fairfield High School.

She was a homemaker and worked at Kramer's and at First National Bank in Fairfield.

She volunteered at the hospital Gift Shop and The Bargain Box and many other local activities.

She was a member of St. Mary Catholic Church, Helping Hands and the church funeral committee.

She was an avid Iowa Hawkeye fan.

She enjoyed spending time with her family and friends, playing cards, reading, cooking and baking and helping with church activities.

In addition to her husband, she was preceded in death by her parents; two sisters, Julia WELSH and JoAnn O'NEILL; one brother, John O'NEILL; and one grandson. 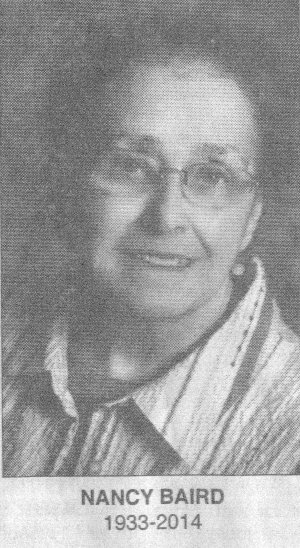