A funeral is at 1 p.m. Friday at Reece Funeral Home in Ottumwa with the Rev. Tim Ward officiating. Burial will be in the Ollie Cemetery.

Visitation begins at 1 p.m. Thursday at the funeral home, with the family present 6-8 p.m.

A memorial has been established to the family for her son's education.

Mrs. HARGROVE was born Sept. 24, 1960, in St. George, Bermuda, the daughter of Darold and Karen ABEL REYNOLDS. She married James HARGROVE in 1986, they later divorced.

She was a 1980 graduate of Ottumwa High School, and had been a resident of Fairfield for the past 10 years.

She had worked at Hy-Vee stores in Ottumwa and Fairfield, Walmart in Fairfield and the Chocolate Café in Fairfield.

Survivors include one daughter, Katie Ann Carter HARGROVE of Westminster, Colo.; one son, Dakoda Dean James HARGROVE of Fairfield; and her parents, Darold and Karen REYNOLDS of Ottumwa.

She was preceded in death by her grandparents.

Two vehicles collided Saturday morning just east of Fairfield, killing one woman and sending another woman to the hospital.

Jodi Kay HARGROVE, 53, of Fairfield, was killed in the collision. HARGROVE was traveling south on Osage Avenue about 2 miles east of town at about 6 a.m. Saturday.

According to a report from the Iowa State Patrol, HARGROVE's vehicle was partially in the northbound lane when she collided with a vehicle driven by Amber Rose Lunsford, 34, of Stockport, who was traveling north on Osage Avenue.

HARGROVE and Lunsford were taken to the Jefferson County Health Center by ambulance. They were both wearing seatbelts.

The collision is under investigation. 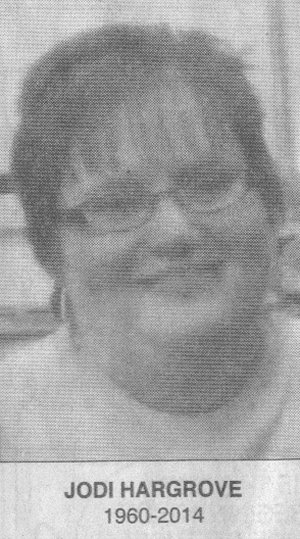