William A. CHARLTON, 85, 411 N. Court Street, passed away at 8:00 p.m. last night at the Jefferson county hospital where he had been taken one week ago. He had been in failing healh the past two months and seriously ill two weeks.

Funeral services will be held Sunday aternoon at 2:30 p.m. from the Hoskins Funeral Home with Dr. U. S. Smith of Agency oficiating. Interment in Evergreen cemetery.

Mr. CHARLTON was born October 3, 1859 in the Richwoods community. He was the son of John and Keziah BELL CHARLTON. On March 15, 1906, he was married to Terditta (sic - Perditta) L. GREEN who preceded him in death on January 9, 1917, in Hastings, Nebraska. Two children, Margaret and Arvid were born to this union. He married Wilmirth (sic - Wilmirtha) GREEN on August 30, 1930, who survives. He has spent his entire life in Jefferson county with the exception of 15 years when he farmed near Hastings. He retired from farming in 1920 and moved back to Fairfield where he lived until his death.

Surviving, beside his wife, are: Arvid L. CHARLTON, Bureau of Standards, Washington, D. C.; a daughter, Mrs. O. H. DeLASHMUTT of Lockridge and several nieces and nephews. Preceding him in death besides his first wife, were a sister, Margaret B. CHARLTON, who died August, 16, 1927, and a brother, Scott J. CHARLTON, who passed away in April, 1929.

Admin. note: The above text and photo below were transcribed and contributed for posting by Jane Worley Knapp, a relative, who grants permission to freely copy for private or public use.

Our heartfelt thanks to all who extended comforting sympathy and help in our recent sorrow. We are deeply grateful for the beautiful floral offerings and other kindnesses.

Arvid L. CHARLTON has returned to his work in the Bureau of Standards, Washington, D. C. after being called home on account of the serious condition and subsequent death of his father, William A. CHARLTON, 411 N. Court Street. ...

Public Notice is Hereby Given:

That the undersigned has this day been appointed and commissioned by the District Court of Jefferson County, in the State of Iowa, administratrix of the estate of W. A. CHARLTON, Deceased.

All persons having claims against said estate are hereby notified to file them with the Clerk of said court, duly sworn to, and within legal time, preparatory to their being allowed or proved, and persons owing said estate are requested to make immediate payment to the undersigned and avoid costs.

~~~~
Admin entries are copied with permission from The Fairfield Ledger, Inc. IAGenWeb Bylaws PROHIBIT the COPYING AND RE-POSTING OF THIS MATERIAL IN ANY PUBLIC VENUE such as Ancestry or Find A Grave without WRITTEN permission from the poster ~ copyright restrictions apply.
*Transcribed for genealogy purposes; I have no relation to the person(s) mentioned. 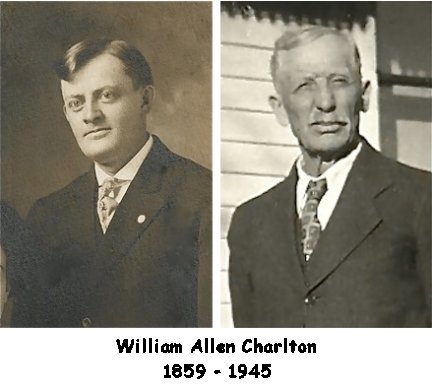