The funeral will be held at 10:30 a.m. Thursday at the First United Methodist Church, with the Rev. Kenneth Kent officiating. Burial will be in Evergreen Cemetery.

Family visitation will be from 6:30-8 p.m. Wednesday at Behner Funeral Home. Memorials may be made to the First United Methodist Church or to the family.

He lived most of his life in the Fairfield community. He retired from Iowa Malleable after 42 years of service. He also was in the National Guard.

He taught Sunday school and was a member of the First United Methodist Church for more than 70 years. He was a former member of Lions Club and was an active member of the American Cancer Society.

He was preceded in death by his parents; his wife Gladys; two brothers, Sidney and Glenore MARLEY; one sister, Lola May MARLEY; and one great-granddaughter. 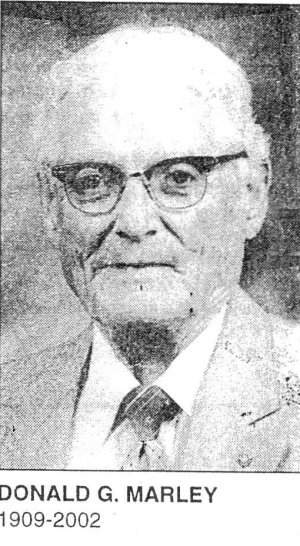