A funeral will be at 10:30 a.m. Saturday at Behner Funeral Home in Fairfield, with the Rev. Nate Nims officiating. Burial will be in Lockridge Cemetery.

Mr. KELLER was born May 5, 1923, near Stockport, the son of Marshall and Hazel OLSON KELLER. He married Faith Hope STATLER March 26, 1947, at Four Square Church in Fairfield.

Mr. KELLER attended school locally. He farmed and for more than 20 years worked in the Iowa Department of Transportation's maintenance department.

Mr. KELLER was affiliated with the Methodist Church.

He was preceded in death by his parents and two brothers: Verne and Harold KELLER. 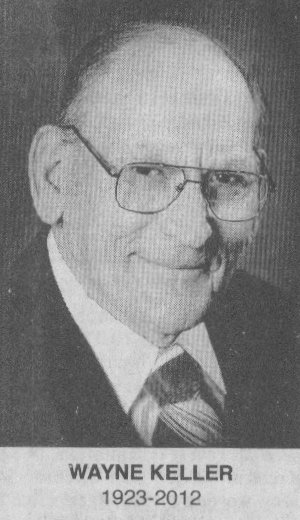