Arrangements are pending at Grace Funeral Care in Eldon.

Juanita was born the daughter of Charles O. and Fannie M. RUSSELL PLANK at their home on November 4, 1921. She graduated from Eldon High School in 1939. Juanita married Vincent E. SUMNER on August 29, 1940 in Eldon.

During WWII she was an inspector at John Deere. She was a homemaker while her children Craig and Carol were growing up. After her children left home she worked at the Mini Mall and Kwik Shop in Eldon.

Juanita had been a member of the Eldon United Methodist Church since she was a young girl. She was a lady of great faith and worked tirelessly throughout her life at her church. She loved being a member of "Little Club", Bay View, Chapter CG PEO, United Methodist Women, Eldon Depot Committee, Supporter of the Opera House, Boy Scout Leader. Sunday School teacher, Friends of the Library, and serving on the library board. While her daughter was in high school, she enjoyed being the chaperone for the girls' basketball team.

Juanita was an avid reader, reading a book a day until her eyes began to fail. She could do anything: seamstress, basket weaver, mentor and artist. She was an excellent cook, making wonderful Sunday dinners and her holiday dinners. Her motto was "the more the merrier" and invited any and all to join the family for dinner. To know Juanita was to love her.

A funeral service will be held at 11:00 AM, Monday, January 30 at the Eldon United Methodist Church, 611 Elm Street, Eldon, with Pastor Bud Lane officiating. Burial will be in the Eldon Cemetery. Friends may call after noon on Sunday, January 29 at Grace Funeral Care in Eldon, where the family will be present for visitation from 3:00 to 5:00 PM Sunday afternoon.

In lieu of flowers, memorials may be made to her beloved Eldon United Methodist Church, and may be sent to either PO Box 353, Eldon, Iowa, or in care of Grace Funeral Care, 800 Elm Street, Eldon, Iowa.

Please visit us at www.gracefuneralcare.com. 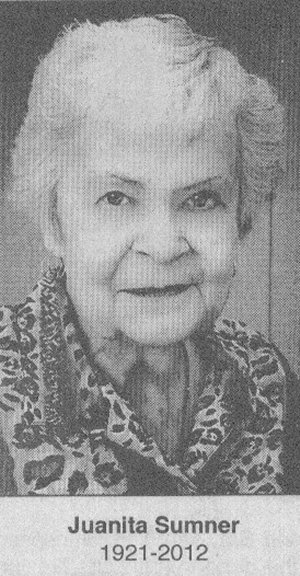