He was born July 20, 1909 at home near Pleasant Plain, the son of Charles Everette and Cora WATERS COFFIN.

He farmed north of Fairfield.

Earl was a member of St. Mary Catholic Church and a charter member of the St. Mary Knights of Columbus. He is a past member of the Fairfield Senior Citizen Center Board.

Interment will be in the Memorial Lawn Cemetery in Fairfield.

The family will receive friends on Wednesday evening from 5:00 until 7:00 P.M. at the Raymond Funeral Home in Fairfield with the Knights of Columbus Rosary at 7:00 P.M. following the visitation.

Memorials have been established to Masses at the church; Fairfield Senior Citizen Center or to the Arc of Jefferson and Nearby Counties. 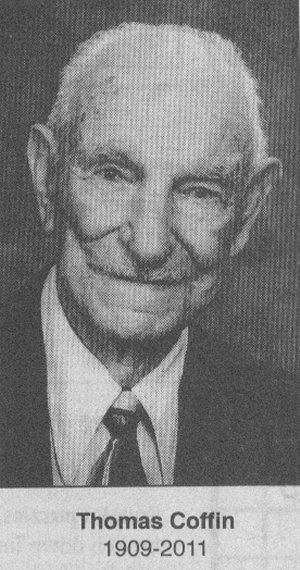