A service will be at 10:30 a.m. Thursday at Reece Funeral Home in Ottumwa, with the Rev. Larry Smith officiating. Burial will be in Memorial Lawn Cemetery (note: neither Fairfield nor Ottumwa was specified).

Visitation will begin at 11 a.m. Wednesday at the funeral home, with the family present from 5-7 p.m.

A memorial has been established to the Crisis Center and Women's Shelter in Ottumwa.

A 1946 graduate of Ottumwa High School, Mrs. SMITH was a resident of Packwood for 28 years and them Birmingham for 22 years. She worked at the Farmer's Savings Bank in Packwood, retiring in 1989.

She was preceded in death by two brothers, Rex FREE and Donnie FREE, and one sister, Evelyn McKELVEY. 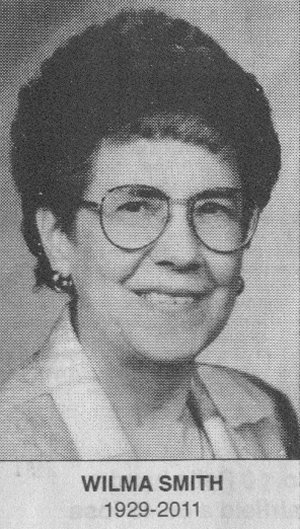