He was born March 3, 1942 in Iowa City to Roger and Irene SHIRLAW HOSPERS. He graduated from City High School in Iowa City. He attended college at the University of Iowa in Iowa City.

Brent married Colee COOP on December 21, 1963 at the Antioch Church, north of Fairfield.

He and his brother, Garth started the Hospers and Brother Printing Company in Iowa City and the company expanded to Ottumwa. Brent was also a consultant with Crouser and Associates.

He was preceded in death by his parents; 1 nephew: Jeremy; 2 uncles and 1 aunt.

He is survived by his wife: Colee, of Fairfield; a special grandson: Lucas of Agency, Iowa, who was the light of Brent's life; nephew: Shane HENDRICKS of Kalona, Iowa; 1 brother: Garth and his wife, Terrie HOSPERS of Boulder, CO; and several nieces and nephews.

In lieu of flowers, memorials may be made to the Packwood Christian Church. 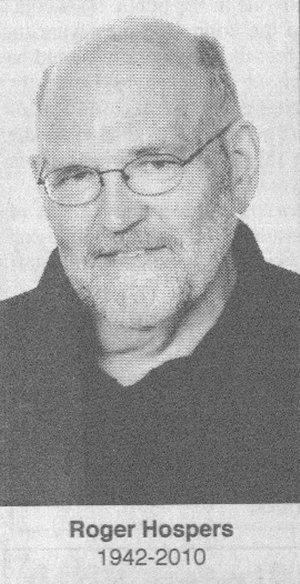