A celebration of life service will be at 11 a.m. Friday at Beatty Funeral Home in Washington, with the Rev. Rick Zickefoose officiating. Burial will follow at Eicher Cemetery in rural Wayland.

Visitation will be from 9-11 a.m. Friday at the funeral home.

A memorial fund has been established for The American Legion.

She was a member of the Wayland American Legion since 1945.

Mrs. HESSELTINE enjoyed fishing, needlework, gardening and spending time with her grandchildren. Up until August of this year, she was still mowing the yard.

In addition to her husband, she was preceded in death by her parents; one brother, Charles R. SPENLER; one half brother, Louis L. SPENLER; and three sisters, Lois MAGDAFRAU, Alice STROHM, and Christine REDEKER. 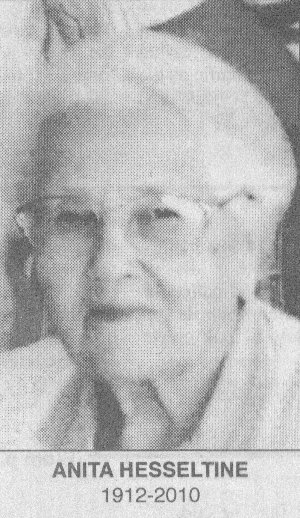