A service will be at 10 a.m. Tuesday at Behner Funeral Home, with the Rev. Kathy Watsey officiating.

In lieu of flowers, memorials may be made to Mr. HECKETHORN's family and sent to Julie Heckethorn Cook, 103 ½ S. Sixth St., Fairfield 52556.

Online condolences may be sent at www.behnerfh.com.

Mr. HECKETHORN was born Sept. 11, 1986, in Iowa City, the son of Ronnie and Christine HECKETHORN.

Mr. HECKETHORN was a 2004 graduate of Fairfield High School.

He enjoyed spending time with family and friends. He was a fan of the Cubs and the Hawkeyes. 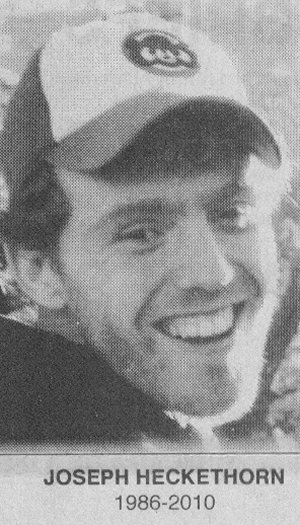