A funeral will be at 10:30 a.m. Monday at Raymond Funeral Home in Birmingham, with Dan Munson and Ted Munson officiating. Interment will be in Maple Hill Cemetery in Birmingham.

Family visitation will be from 4-6 p.m. Sunday at the funeral home.

Memorials have been established for the American Cancer Society, American Heart Association and Iowa Hospice.

Mrs. MOORE grew up in Fairfield and lived all her married life in the Birmingham community. She was a homemaker.

She was preceded in death by her husband; one son, Bobby MOORE; her parents; and one brother, Dick HOOTMAN. 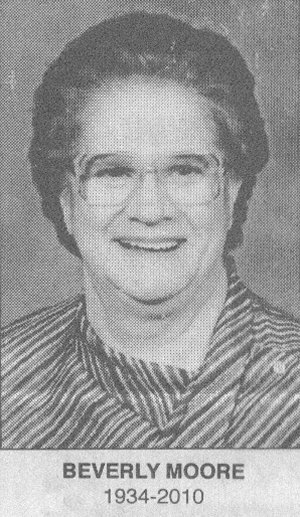