A celebration of his life will be at 10 a.m. Thursday at Reece Funeral Home in Ottumwa, with the Rev. Gary Sneller officiating. Military rites will be conducted by Veterans of Foreign Wars Walter B. Schafer Post No. 775 and American Legion O.B. Nelson Post No. 3. The body has been cremated. Inurnment will be at a later date in Shaul Cemetery in Ottumwa.

Visitation, with the family, will be 9-10 a.m. Thursday at the funeral home.

In lieu of flowers, memorials may be made to Hospice of Davis & Wapello Counties, 927 E. Pennsylvania Ave., Ottumwa 52501, or a charity of the donor's choice.

Mr. JONES attended Ottumwa schools and graduated from Ottumwa in 1962. He started a 33-year career at John Deere Ottumwa Works in 1963 in machine maintenance.

Mr. JONES volunteered and was inducted into the United States Army in April 1965. He served until April of 1968, having completed a one-year tour of duty in Plaicut, South Vietnam, as crew chief of "The Buccaneers" on a CH-1 helicopter with the 170th Aviation Unit.

Mr. JONES returned to his job at John Deere, where he worked until retiring in 1997.

Mr. JONES was a NASCAR fan and a collector of Corvettes, which led to the nickname "Corvette King" of Southeast Iowa in the '60s and '70s. 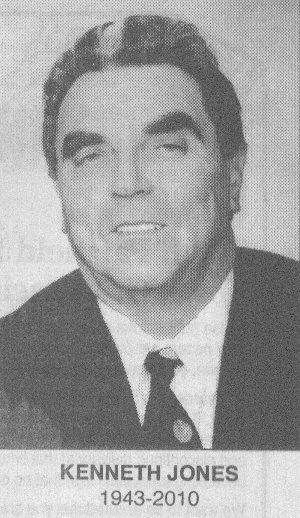