A graveside service will be at 10:30 a.m. Thursday at Oakland Mills Cemetery, with the Rev. Herb Shafer officiating. According to Mr. LEU's wishes, his body has been cremated.

A memorial has been established in Mr. LUE's memory. Online condolences may be sent to the family at www.beattymurphyfh.com.

Arrangements are in the care of Murphy Funeral Home of Mount Pleasant.

Mr. LEU was born Dec. 21, 1942, in Mount Pleasant, the son of Edison and Hazel JOHNSTON LEU. He married Beverly LUKE 14 years ago.

Mr. LEU retired from Heatilator of Mount Pleasant after 25 years. He also had worked at the Iowa Army Ammunition Plant in Middletown.

He was preceded in death by his parents and one sister, Norma STODGELL. 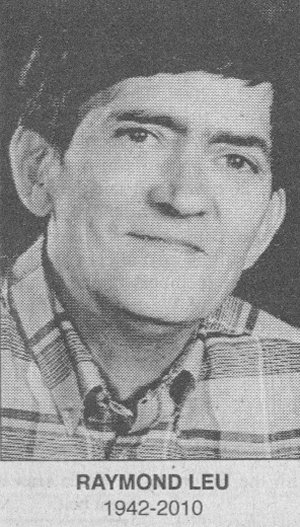