A service will be at 11 a.m. Saturday at Gould Funeral Home in Brighton, with the Rev. Ryan Meader officiating. Burial will be in Memorial Lawn Cemetery in Fairfield, with military honors provided by American Legion Post 29 of Washington.

Visitation will be from 10-11 a.m. Saturday at the funeral home.

Memorials may be made to a charity of the donor's choice.

Ms. SMITH attended school in Davenport and graduated from Augustana College in Rock Island, Ill., with a teaching degree. She taught elementary school for a short time and then joined the United States Marine Corps in 1943. She retired from the Marine Corps in 1967 as a gunnery sergeant. She spent most of her service life teaching instrument flight training to fighter pilots in El Toro, Calif.; Cherry Point, N.C.; Atlanta, Ga.; and San Diego, Calif. Following her retirement from the military, Ms. SMITH worked at both Litton and Bendix in Davenport. She moved to Brighton in 1987 and farmed with her sister and brother-in-law. She also operated a ceramics business with her sister for many years.

She was preceded in death by her parents; one sister, Grace Irene MOORE; and one brother, Grant Risler SMITH. 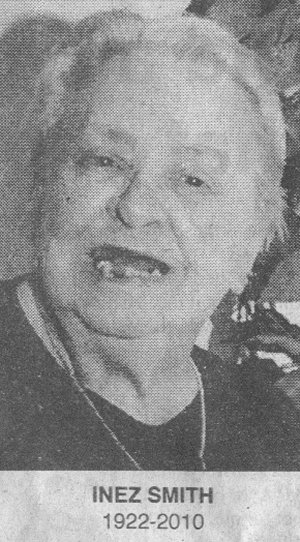