Ivan was a mason, carpenter, gardener and hunter. He attended Cape Cod Technical High School in Harwich, MA. He thoroughly enjoyed spinning music as renowned DJ Sirround Sound. He will be remembered fondly as a gifted and entertaining storyteller.

Family is receiving visitors Friday December 18th beginning 5pm at 405 East Kirkwood Ave. Interment is private. A memorial fund has been established and contributions may be made out to Esther ZIMMERMAN, PO Box 1112, South Dennis, MA. 02660.

Incorrect information appeared in a full obituary in Friday's Ledger. Visitation will not be held Friday, Dec. 18. 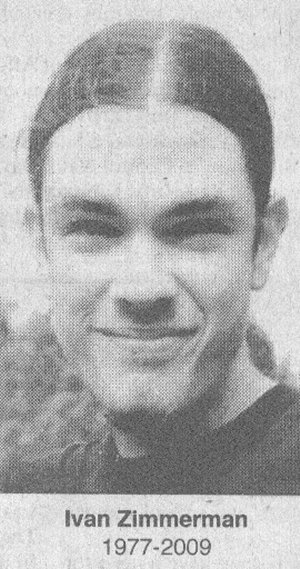