Bruce grew up in the Packwood-Fairfield area. He graduated from Fairfield High School in 1948. After retiring from 50 years of farming, he worked part-time at Fairfield Glove and was a driver for 10-15 Transit.

He married Joyce QUACKENBUSH in 1949. They had a son, Larry Steven CLARK. He married Mary STAMMERMAN in 1970 and was a father to Donna, Frank, and Teri STAMMERMAN. He married Barbara SINGSHEIM in 1988.

He was preceded in death by his parents, Joyce, Barbara, his son Frank, and his grandson, Brandon CLARK.

He is survived by his son Larry of Packwood, IA; his second wife, Mary of Louisville, KY; their daughters, Donna (Rod) LYMAN of Dallas Center, IA; Teri (Scott) BROWN of Louisville, KY and his grandsons, Noah MORTELL, and Boston and Declan BROWN.

Visitation will be from 5-7 p.m. on Wednesday at the Raymond Funeral Home in Fairfield. There will be a noon lunch at the Packwood Christian Church on Thursday.

Funeral services will be at 1pm Thursday at the Packwood Christian Church with Reverend Frosty Van Voorst.

Interment will be in the Memorial Lawn Cemetery in Fairfield.

Memorials have been established to the Packwood Community Center or to the Fairfield Senior Citizen Center.

Funeral arrangements are in the care of the Raymond Funeral Home in Fairfield. Online condolences may be sent to: www.raymondfuneralhomes.com . 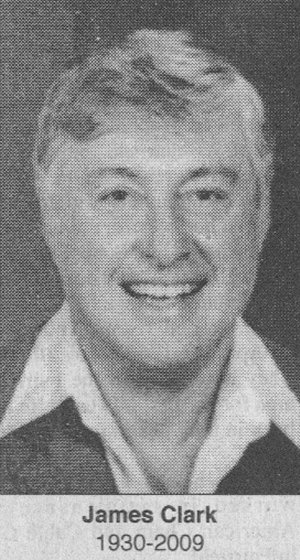