Funeral services will be held 10:30 AM, Wednesday October 14, 2009 at Behner Funeral Home with the Rev. Ray Ellerd officiating. Burial will be at Memorial Lawn Cemetery in Fairfield.

Norma was a long time resident of Fairfield and a devoted wife, mother and home maker. She was a book keeper for Droz Auto, and she loved her family and her dogs.

Norma is survived by her son, Jerry DROZ and wife Barb of Fairfield, IA. She was blessed with two grandchildren: Teri DROZ and Byron DROZ, and three great-grandchildren.

In addition to her husband and parents, Norma was preceded in death by, son Larry DROZ and sister Darlene TRIARS. 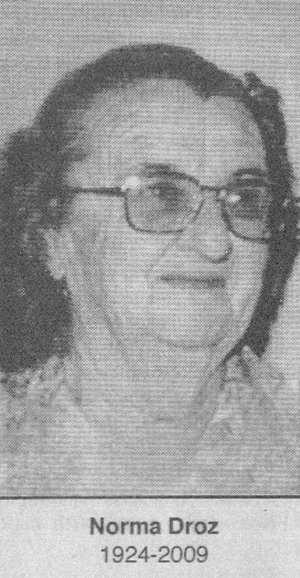