A funeral will be at 10 a.m. Thursday at Behner Funeral Home in Fairfield, with the Rev. Suzanne Swahn officiating. Interment will be in Memorial Lawn Cemetery.

Visitation will be from 6:30-8 p.m. Wednesday at the funeral home.

Memorials may be made to Birmingham Presbyterian Church or First Christian Church (Disciples of Christ) of Fairfield.

Mrs. MOORE and her husband made their home in Phoenix, Ariz., where she was employed with Newberry's Department Store in the candy department. Following her husband's death, she returned to Iowa.

She was a member of Eagles Women's Auxiliary and Birmingham Presbyterian Church.

Survivors include one brother, Robert LAWSON of Fairfield.

In addition to her husband, she was preceded in death by her parents; six sisters, Nina, Frances, Alberta, Betty, Ruthie and Grace; and two brothers, Milton and Walter. 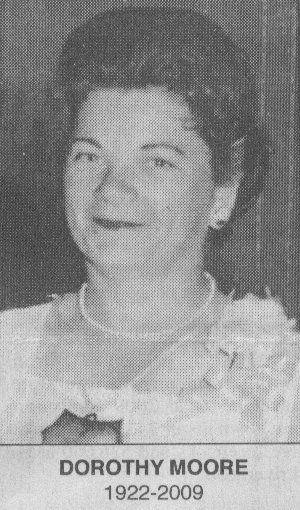