Visitation will begin at noon Friday at Olson-Powell Memorial Chapel in Mount Pleasant, where the family will be present from 5-7 p.m.

In lieu of flowers, a memorial has been established to Grace Community Friends Church. Online condolences may be sent to www.olsonpowell.com.

Mr. MENDENHALL graduated from Salem High School in 1949. He served in the Iowa National Guard.

He enjoyed traveling and woodworking. He also enjoyed music and played the guitar and banjo. 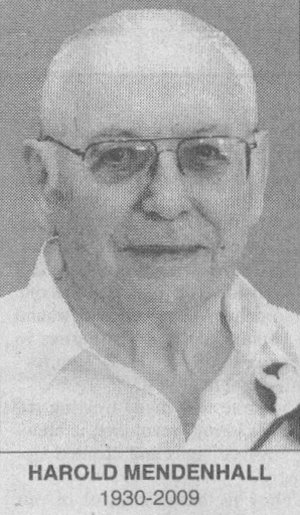