A service will be at 10:30 a.m. Thursday at Living Hope Bible Church in Eldon, with the Rev. David Albert and the Rev. Richard Northcutt officiating. Burial will be in Memorial Lawn Cemetery, with military services conducted by American Legion O.B. Nelson Post No. 3 and Veterans of Foreign Wars Walter B. Schafer Post No. 775.

Visittion will begin at 10 a.m. Wednesday at Reece Funeral Home in Ottumwa, with the family present from 5-8 p.m.

Memorials may be made to Bladensburg Christian Church, First United Methodist Church of Kirksville or Living Hope Bible Church of Eldon.

Mr. DURFLINGER was a 1950 graduate of Agency High School. He served in the U.S. Army during the Korean conflict. He was a livestock buyer for more than 60 years.

He was a member of First United Methodist Church in Kirksville.

Mr. DURFLINGER enjoyed spending time with his children and grandchildren.

He was preceded in death by one grandson, his parents and one sister, Mary JONES. 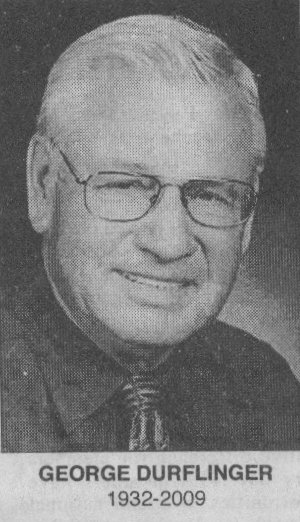