A memorial service will be at 10 a.m. Friday at Behner Funeral Home in Fairfield, with the Rev. Danny Cary officiating. The body will be cremated following organ donation. Inurnment will be at a later date.

Family visitation will be from 6-8 p.m. Thursday at the funeral home.

Cards and memorials to the SCOTTON family may be sent to 551 E. Washington St., Birmingham 52535.

Mr. SCOTTON was born April 23, 1950, in Fairfield, the son of Dwain and Violet HAGANS SCOTTON. He married Bonnie JESTER June 3, 1972, in Fairfield.

Mr. SCOTTON served in the United States Army and was a truck driver for FedEx.

He was preceded in death by his parents; one sister, Joyce SCOTTON; and one brother, Jerry SCOTTON. 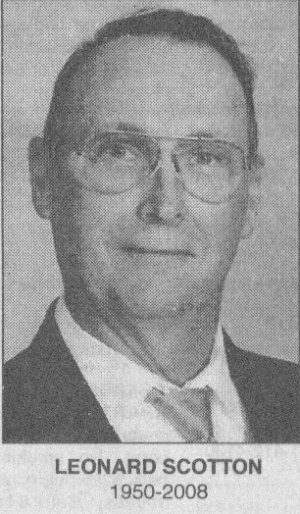