A service will be at 10:30 a.m. Wednesday at St. Mary's Catholic Church in Tipton. Burial, with military rites, will be in Shawver Cemetery in Tipton.

Visitation will be from 3-8 p.m. Tuesday at Fry Funeral Home in Tipton.

Online condolences may be sent via www.fryfuneralhome.com .

Mr. HANNES was a member of St. Mary's Catholic Church in Tipton. He also was a member of Bennett Veterans of Foreign Wars, American Legion, Sheriffs and Deputies Association, Optimist Club of Tipton, Ducks Unlimited and Pheasants Forever. He was a hunter safety instructor.

Survivors include his wife; his father of Tipton; four children, Sean HANNES and wife Lori of Hinesville, Ga., Lyle HANNES and wife Josie of Fairfield, Terry STOTLER and husband Tracy of Solon and Tracey HUGHES and husband Chris of Davenport; 10 grandchildren; one sister, Mary HOCKER of Rock Island, Ill.; and two brothers, Robert HANNES Jr. of Wilton and Jeff HANNES of Clinton, Mo.

He was preceded in death by his mother. 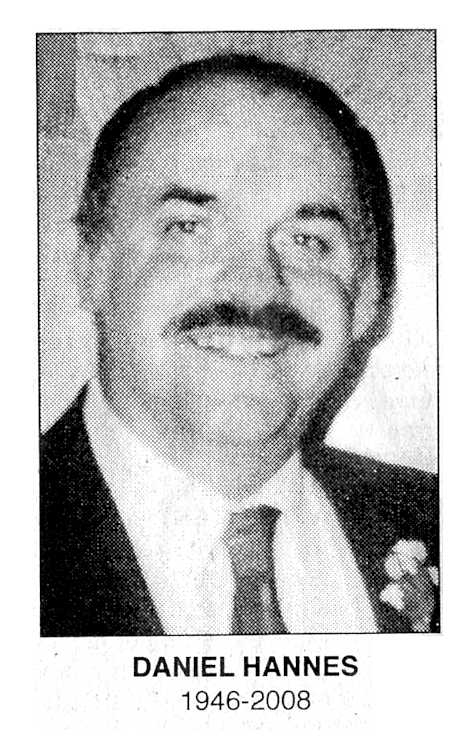