Arrangements are pending at Olson-Powell Memorial Chapel in Mount Pleasant.

A funeral will be at 10 a.m. Wednesday at First Augustana Lutheran Church of Lockridge, with the Rev. Fran Griffeth officiating. Burial will be in Lockridge Cemetery.

Open visitation will begin at noon Tuesday at Olson-Powell Memorial Chapel in Mount Pleasant, with the family present from 6-8 p.m.

Memorials have been established to First Augustana Lutheran Church and Lockridge First Responders.

Online condolences may be sent to www.olsonpowell.com .

Mrs. GEORGE graduated from Lockridge High School in 1934. She received teacher's training at Parsons College in Fairfield. She taught at a rural country school north of Lockridge for two years. She also cooked at the Lockridge school for several years.

Mrs. GEORGE was a charter member of the Lockridge Kitchen Band and performed at the Iowa State Fair. She enjoyed watching birds, playing Pitch and gardening. She helped establish the congregate meals in Lockridge. She especially enjoyed spending time with her grandchildren and great-grandchildren.

Mrs. GEORGE was a member of First Augustana Lutheran Church of Lockridge and the WELCA.

In addition to her husband, she was preceded in death by her parents and two sisters, Edna JOHNSON and Vivian COUNTRYMAN. 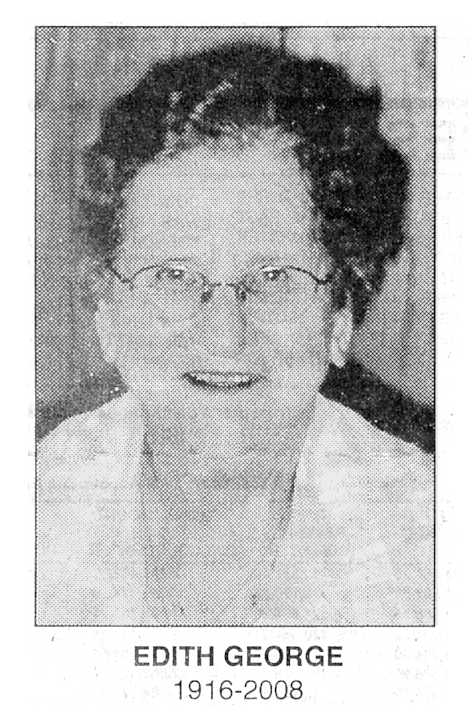