A funeral will be at 11 a.m. Saturday at Behner Funeral Home in Fairfield, with the Rev. Howard Innis officiating. Burial will be in Memorial Lawn Cemetery.

Visitation with the family present will be from 5-7 p.m. today at the funeral home.

Mrs. OLLOM was a lifelong resident of Fairfield.

She was a member of First Church of the Nazarene.

Survivors include three children, Tim OLLOM and David OLLOM, both of Fairfield, and Todd OLLOM of Carroll; 11 grandchildren; 14 great-grandchildren; and one brother, Jack COOK of Libertyville.

In addition to her husband, she was preceded in death by her parents; five brothers, Paul, Jim, Marv, Bill and Charlie COOK; and three sisters, Pauline HOLT, Aretta FITZWATER and Alberta DUNN. 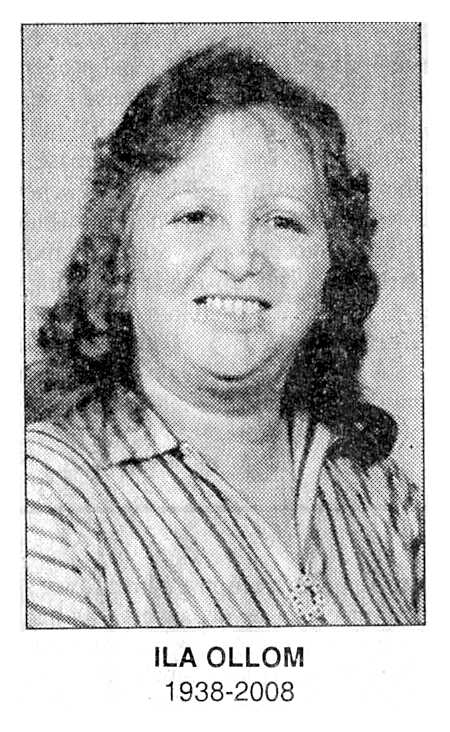