A funeral will be at 11 a.m. Saturday at Prospect United Methodist Church, with the Rev. Mary Kathryn Pearce officiating. Burial will be in Prospect Cemetery.

Visitation will be from 6-8 p.m. Friday at the church, as well as one hour prior to the funeral Saturday.

Memorials may be made to the Prospect United Methodist Church music program.

Hammitt-Hott Funeral Home in Princeville, Ill., is in charge of arrangements. Condolences may be sent to the family via www.hammitt-hott.com .

Mrs. POPLETT was the secretary at Prospect United Methodist Church for 23 years, retiring in 1988. As a member of the church, she was active in the quilting group and sang in the Chancel Choir for many years.

She enjoyed gardening, reading and all types of needlework.

In addition to her husband, she was preceded in death by one sister, Evelyn PENCE. 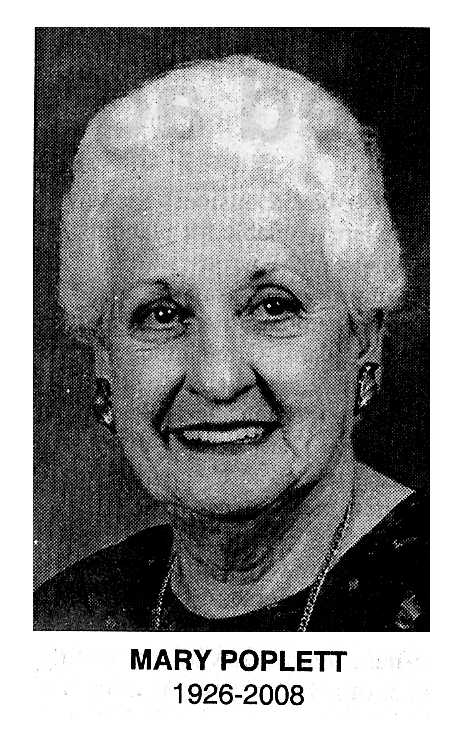