A Mass of Christian Burial and celebration of life will be at 10 a.m. Monday at Sacred Heart Catholic Church in West Des Moines. Burial will take place at 2:30 p.m. at Memorial Lawn Cemetery in Fairfield.

Family visitation will be from 3-5 p.m. Sunday at Iles Funeral Homes - Dunn's Chapel in Des Moines, with a vigil service at 5 p.m.

Memorials may be directed to Sacred Heart Catholic Church.

In 1933, Mrs. ISAACS graduated from Capital City Commercial College, now AIB, in Des Moines, and worked as a seretary. She later ran Burns Grocery Store in Fairfield until a few years after Mr. Burns' death. After marrying Mr. ISAACS, she returned to the Des Moines area.

She enjoyed spending time with her bridge club buddies and entertaining friends and family with parties and special meals.

Survivors include many nieces and nephews.

In addition to her husbands, she was preceded in death by her parents and six siblings, Philip DAVITT, Jay DAVITT, Aaron DAVITT, Austin DAVITT, Margaret BICKHAUS and Elizabeth WATTS. 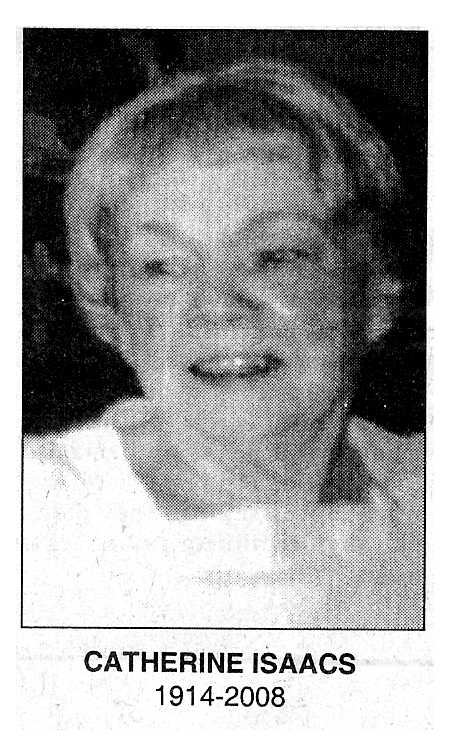