A service will be at 10 a.m. Monday at First Baptist Church, with the Rev. Jim Wotherspoon officiating. Burial will be in Memorial Lawn Cemetery in Fairfield.

Family visitation will be from 9-10 a.m. Monday at the church.

Behner Funeral Home in Fairfield is in charge of arrangements.

Mrs. PYLE graduated from Agency High School and continued her education at Iowa Success college in Ottumwa. She had lived in the Fairfield community since 1964. She was a cook at Fairfield High School and Parsons College for many years.

In addition to her husband, she was preceded in death by her parents; one sister, Dorothy FELDMANN; and one brother, George FELDMANN. 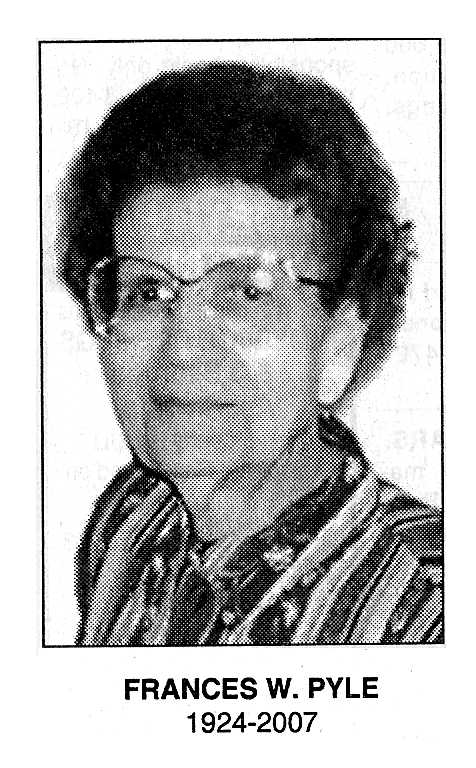