A funeral is scheduled for 10:30 a.m. Monday at St. Mary Catholic Church in Fairfield, with the Rev. Stephen C. Page officiating. Burial will be in Memorial Lawn Cemetery in Fairfield.

A rosary will be recited at 4 p.m. Sunday at Raymond Funeral Home in Fairfield, with a wake service at 4:30 p.m. and family visitation from 5-6 p.m.

A memorial has been established to St. Mary Catholic Church or may be made to a charity of the donor's choice.

Mrs. PETERSEN was born May 2, 1920, in rural Jefferson County, the daughter of Harold "Red Eye" and Anna NOTT HARTMAN. She married Wilsie C. COOK April 24, 1937, and they later divorced. She married Walter D. PETERSEN in October 1952.

Mrs. PETERSEN lived most of her life in Fairfield. She worked at the Universal Producing and Fairfield Glove factories for many years. The last 14 years of her working career were in shipping and receiving at Fairfield High School.

She was a seamstress and enjoyed making quilts, having designed a special quilt for breast cancer awareness. 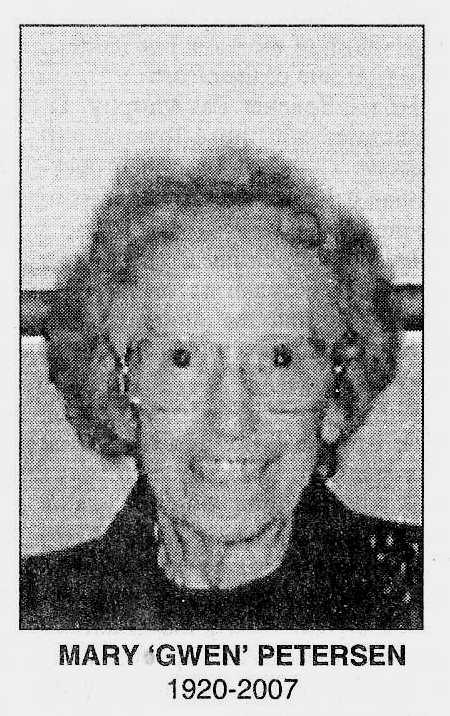