Maxine Faye Timmerman was born in Cresco on December 13, 1944 to Emil and Emma (Fye) Timmerman. She married Leonard Jordan on December 28, 1963 and to this union two children were born; Timothy and Teresa. They later divorced. On February 5, 1994 she was united in marriage to David Herold at Notre Dame Catholic Church in Cresco. Maxine worked as a tax accountant for Lynn Potter at Potters Accounting, as a bookkeeper at Don Gooder Motors, as a bookkeeper at the Cresco Sale Barn, and as the secretary at Assumption Church for several years. She also worked at Donaldson Company in Cresco for 21 years, retiring in 2009. Maxine enjoyed antiquing, shopping and travelling, especially her trip to Italy. She also loved to cook for her grandkids at Holidays, making them their favorite chocolate sundae pie.

She was preceded in death by her parents, first husband Leonard Jordan in 2007, 3 brothers Duane, Merlin, and Marvin Timmerman, and sisters-in-law Jane Timmerman, Mildred (Leonard) Fairbanks, and JoAnn (Robert) Rink.

Visitation will be held from 2:30-4:30 p.m. on Friday, March 27, 2020 at Hindt-Hudek Funeral Home in Cresco. A private family graveside service will be held with Father Jacob Rouse officiating. Burial will be in Calvary Cemetery in Cresco. 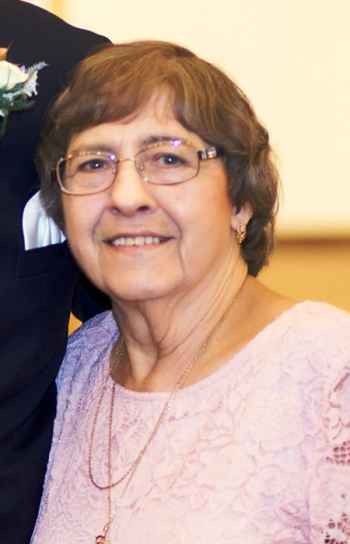