Lawrence Luke Lucas, age 87, of Cresco, IA, passed away Monday, March 23, 2020 at Accura Healthcare Center in Cresco. Memorial services will be at a later date with burial of cremains in New Oregon Cemetery, Cresco.

Lawrence Lucas was born November 9, 1932 in Cresco, Iowa to John and Eva (Linderman) Lucas. He married Arlone Warren in 1953, to this union were 4 children: Bob Warren, Larry Lucas, Deb Showers and Wanita Brandt. They later divorced in 1971. Lawrence later united with Georgia Mast Hultz and to this union he graciously welcomed 4 more children: Wayne Hultz, Debbie Lange, Karen McIntyre and Julie Mast. We have always felt very complete as a family.

Lawrence worked most of his life at Puritan Locker in Cresco, IA. There were a few years where he moved to Nashville, TN and worked at Apartment complexes as a janitor but knew that he needed to come back to Cresco. He returned to Cresco and worked at Bethany Housewares until his retirement. Lawrence always enjoyed being with his family, camping, fishing, playing cards. He was a member of Immanuel Lutheran church. He was very sociable.

After retirement he spent a lot of time visiting residents in the rest home, having coffee at Hideaway and just enjoying his family. He was active in AA and proud to be sober over 40 years. In his spare time, he enjoyed playing cards, putting together jig-saw puzzles and enjoyed watching MASH, Andy Griffith, and Gunsmoke on tv.

He was preceded in death by his wife Georgia and his first wife Arlone; two daughers: Kathy Lucas and Vickie Mast; two grandchildren: Nicholas Mast and Kimberly Lucas; two sons-in-law: Ed Wise and Doug McIntyre, he was also preceded in death by all of his siblings, 5 sisters: Clara Belle, Goldie, Blanche, Grace and Mary; 5 brothers: Ron, Sam, John, Owen and Bill. 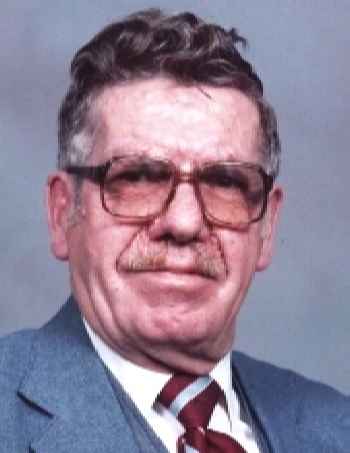