Lelia Mae Pentzer, 79, of Cresco, IA, passed away on Tuesday, March 24, 2020, at Evans Memorial Home of Cresco. There are no memorial services scheduled at this time.

Lelia Pentzer was born on March 12, 1941, to Harlan and Cathelyn (Lloyd) Pentzer in Pasadena, California. Lelias early years were spent in California, she graduated from Pasadena High School in 1959. Lelia married Lloyd McCoy in 1959 in LA County. To this union, 4 children were born, Debra, Barbara, Floyd, and Lloyd. Lelia and Lloyd later divorced in 1970, and Lloyd died in 1997.

Lelia spent her years working as a teachers aide, and as a candy striper. She held a special place in her heart for cats. She also loved to volunteer for many organizations, as well as volunteering for the snack bar at little league games when her children were growing up. Lelia was part of the choir at the Baptist Church in Pasadena, and taught Sunday School there as well as played the piano. She enjoyed baking and liked to make cookies and other desserts. Lelia was a gifted seamstress. She would sew, crochet, and knit for her family. She would follow patterns for outfits for her children, knit and crochet blankets, and made all of her childrens Halloween costumes as they grew up.

Lelia was preceded in death by her parents.

She was a firm believer in our Lord and Savior, Jesus Christ. I believe she is now a martyr, soaring with the angels in Heaven, surrounded by the love of God forevermore. Rest in peace, Mother, your family will miss you until the day we are reunited in Heaven. 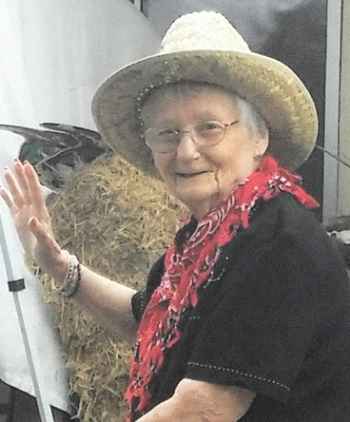