Jerry Burr, 50, formerly of Cresco, passed away in Medford, OR on Saturday, July 28, 2012. A memorial service will be held on Saturday, August 11 at 11:00 a.m. at the New Oregon Cemetery with Pastor Mike Carey officiating. Hindt-Hudek will be handling the arrangements. Jerry Roy Burr was born on September 15, 1961 in Cresco to Donald and Lucille Burr. He attended Cresco High School. Then, being an outdoor enthusiast, he pursued his love to travel and did throughout the United States. He harbored many friends and enjoyed spending long hours with them playing cards, chess and fishing. He loved the wild wilderness, the hills and coasts, long drives, church, but dearest to his heart was his love for his mother. He spoke of her to everyone, also of special friends, Tim and Beth Evans of Phoenix AZ. Jerry is survived by his mother: Lucille Burr of Cresco; 3 brothers: Richard (Pattie) of Cresco, David of Chester and Larry (Bonnie) of Cresco; one sister: Donna Burr of Bloomington, MN; one niece: Katie Burr of Bloomington, MN and several cousins. Jerry was preceded in death by his father: Donald Burr and a brother Danny Burr 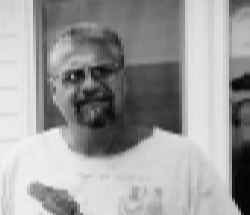