Robert A. (Bob) Cretin, 63, of Cedar Rapids passed away at the Oldorf Hospice House in Hiawatha surrounded by his loving family after a courageous battle with acute myeloid leukemia. Bob was born on November 1, 1949 in Eldora, Iowa, to Doris Jean (Wyatt) and John Thomas Cretin, who have preceded him in death.

Bob was raised near Wellsburg, Iowa, on a farm with six siblings where he graduated from high school in 1968. Bob worked in management for Farm Service and Allis Chalmers for many years. In 2001 Bob received his real estate license, and then later opened his home inspection business. Recently he was an instructor at Kirkwood Community College teaching CDL classes.

Bob is survived by his loving wife, Peg, who he married on September 1, 1995, at Lake Tahoe, California. Children surviving him are Jeff of Bloomington, IL and Jody (Donna) of Eldora, IA and his step-sons Jud (Lisa) Starn of Palo, IA; and Eric (Vicki) Starn of Anamosa, IA; 8 grandchildren; 6 siblings Bill (Jan) of West Branch; Cathy (Kevin) Anderson of Cedar Rapids; Dick (Beth), Jerry (Sammye) both of Mesa, AZ; John (Pam) of Seffner, FL; Chuck (Liz) of Eldora, IA; father-in-law, Bill Smith, of Marion; sister-in-law, Sharon Smith, of Marion; Deb (Randy) Greif of Lake City, FL; Molly Smith of Eldora, IA, and many nieces and nephews. Bob is also survived by his Aunts Jo (Gordon) Paul and Betty (Harlan) Lucas who brought so much joy and love as did his cousins.

Bobs joy in life besides his family, was forever trying to find something to fix. He loved volunteering for Hospice of Mercy and admired the folks he served as he survived lung cancer in 2003 himself. He knew well what they were experiencing. His greatest delights were his Shih Tzus, Chloe and Lexi, his favorite fuzzy little nurses. His bright blue eyes and that contagious smile will be missed by many especially Peg.

Thank you to all who selflessly helped us get through this ordeal. 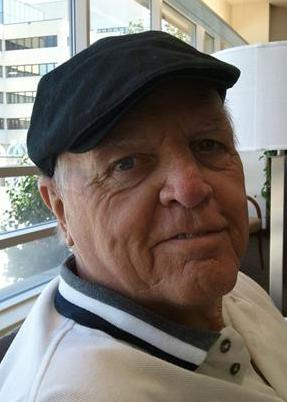