Phyllis Verlaine Swanson was born on February 26, 1929, at her grandmothers house in Lu Verne, IA, and was raised on a farm in Kossuth County. She attended school in a one-room schoolhouse for eight years. She graduated from Lu Verne High School in 1946. After graduation, she attended Iowa State Teachers College for one year. It was wartime and there was a shortage of teachers so the state issued special certificates. Phyllis began teaching third and fourth grade in Whitten, IA, in the fall of 1947. During that year, she met her future husband, Glen Schwarck. They were married July 4, 1948, in Lu Verne. They lived in the Whitten area for about two years when a daughter, Glenda, was born in Eldora, IA. They then moved to a farm near Lu Verne to help her father farm. While living there, a son, Lyman, was born in Algona, IA. They moved back to the Whitten area in 1954 where they bought the Schwarck farm. Soon after moving back, another son, Mark, was born. After about 10 years, Phyllis started teaching fourth grade again in the Whitten school. She spent time going to college and teaching in the Union-Whitten and BCLUW school districts before retiring in 1994. In 1979, they bought a house in Union, where she continued to live after her husbands death in 1980. Phyllis was a proud member of The Red Hat Society, BCLUW Retired Teachers, Widow Church Ladies, and the Do Nothing Club. 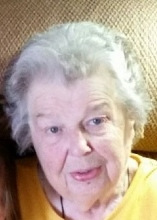