Kent was born May 5, 1945 to Dewey and Barbara (Roggow) Higgins, in Kansas City, MO. He graduated from Dallas Center Grimes High School, in 1964. Kent was drafted into the United States Army during the Vietnam War. He started his trucking career with Neuroth Truckline, in Conrad. Most recently Kent was employed with Grundy County in their Secondary Road Department, retiring in 2009. He was a member of St. Mary Catholic Church, the Conrad American Legion. Kent volunteered for many years on the Conrad Fire Department and BCERT. He enjoyed fishing and boating in the Lake City, MN area. Kent was very fond of old cars.

He was preceded in death by his parents, a sister, Marsha Reeder, a brother-in-law Mike Kelly, and a nephew, Adam Kelly. 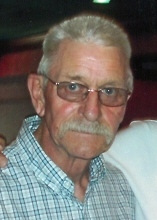