Vernon Dale Harris, 79, of Eldora, passed away on Friday, October 2, 2015 at Valley View Specialty Care in Eldora; while under Care Initiatives Hospice. A memorial gathering for family and friends will be held from 1:00 p.m. until 3:00 p.m. on Thursday, October 8, 2015 at the Beaman Memorial Hall in Beaman Iowa. Burial will be held privately at Rose Hill Cemetery in Grundy Center. In lieu of flowers memorials may be directed to Valley View Specialty Care in Eldora.

Vernon was born on April 19, 1936 at the family farm in Beaman, Iowa. He was the son of Charles and Johanna (Niehaus) Harris. Vernon attended school in Beaman. He worked the family farm as well as being a laborer at numerous companies until he enlisted in the United States Army. He served in the Army from 1955 until his honorable discharge in 1957. Vernon was united in marriage to Susan Faye McStockard on December 2, 1961 in Eldora, Iowa. Together they welcomed five children into their family.

Vernon was an avid clock collector. He was a very generous man and donated to local Veterans and Hospice organizations. Vernon's true joy in life came from spending time with his family.

He was preceded in death by his parents; his wife Susan; his brother Marlyn Harris and his sister Lois Harding. 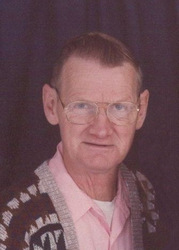