Donald Lee Sheller, 63, of Waterloo, formerly of Eldora, passed away on Monday, October 12, 2015 at the Country View Care Center in Waterloo. A graveside service will be held on Monday, October 19th at 10:30 a.m. at the Sheller Cemetery in Ivester. There will be no public visitation.

Don was born on July 12, 1952 in Eldora to J. Howard & Katherine (Freed) Sheller. He grew up in rural Grundy County. He attended Grundy Center schools.

He resided on the farm with his parents until he moved to Hope Haven, Rock Valley and later to the Heritage Residence in New Hampton. He transitioned to independent living with the support of community services.

Following a stroke in 2005, he resided in residential care facilities in Vinton and Toledo. At the time of his death, he was a resident of Country View Care Center in Waterloo.

He was a member of the Ivester Church of the Brethren. 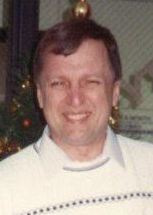