Jon Wendell Ehrig, 67, of Marshalltown, formerly of Dinsdale, passed away unexpectedly on Thursday, October 15th at Central Iowa Healthcare in Marshalltown. A funeral service will be held on Monday, October 19th at 10:30 a.m. at the Amity Presbyterian Church in rural Reinbeck, Iowa. Visitation will be held on Sunday, October 18th from 4 to 6 p.m. at the French-Hand Funeral Home in Reinbeck. Burial will follow the service at the Grant Township Cemetery. Memorials may be directed to the family.

Jon was born on September 9, 1948, in Marshalltown, Iowa, the son of Donald & Jeanette (Thorsbakken) Ehrig. He was raised in Dinsdale, Iowa, where he attended school. He graduated from North Tama High School. After high school, he worked for area farmers and then worked for his father-in-law John Moore as an electrician. On June 27, 1970, Jon was united in marriage to Linda Moore at the United Methodist Church in Reinbeck. The couple welcomed sons Michael & Brian into their family. They later divorced. Jon worked for PCI in Reinbeck and also farmed for his grandfather for many years and then began work for his father at the Dinsdale Elevator. He was most recently employed at Meskwaki Casino in Tama, where he retired as a card dealer.

He enjoyed hunting and fishing, playing cards and gaming. Jon was a big man with a soft heart. He leaves behind many wonderful memories with his family and friends. 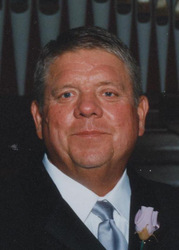