Ann was born on July 13, 1926 in rural Holland, Iowa, to Jake & Hattie (Schipper) Miller. She grew up in Holland on the family farm and attended rural Country School. For many years, Ann helped care for her grandmother at her family's home. A short time after meeting Delbert at the county fair, the two became united in marriage on February 16, 1945 at the Pleasant Valley Reformed Church in Fern. The couple made their home on a farm in rural Dike. Ann and Delbert welcomed sons Roger & Gary into their family. Ann was a homemaker for many years and helped Delbert on the family farm. After 29 years, Ann and Delbert moved to Holland, where Delbert retired from farming. They relocated to Grundy Center in 1994.

She was a member of the Lincoln Center Church where she was on the Ladies Aide for many years.

Ann enjoyed cooking and was famous for her Spec N' Dicken dish. She enjoyed playing cards and being in many card clubs, fishing trips with Delbert and friends, and traveling with Delbert after retirement, many trips taken through the bank. Most of all, Ann was a very giving and selfless person. She was a wonderful mom, a great helper in all aspects of her life and was extremely hospitable. She was most fond of her only grandchild, Chad. She will be dearly missed by her family and friends she leaves behind. 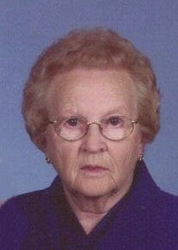