Enez L. Rush, 73, of Reinbeck, passed away on Sunday, June 7, 2015, at her home while under the care of Cedar Valley Hospice. Funeral services will be held on Friday, June 12, 2015, at 10:30 a.m. at The First Presbyterian Church in Reinbeck. Visitation will be on Thursday, June 11, 2015 from 5 p.m. until 7 p.m. at French-Hand Funeral Home in Reinbeck. Burial will follow at Reinbeck Cemetery in Reinbeck. Memorials may be directed to family.

Enez Lorraine was born November 17, 1941 in Hudson, Iowa the daughter of Charles and Arlene (House) Ladd. She was raised in the Reinbeck area and attended Reinbeck schools graduating with the class of 1960. Enez was united in marriage on June 4, 1960 to Donald "Pat" Rush at the Lutheran church in Reinbeck. She was a member of the Women's Connection, Ikettes of the Izaak Walton and American Legion Auxiliary in Reinbeck.

She worked in the kitchen and laundry departments at Parkview Manor in Reinbeck for many years.

She enjoyed cross stitching, bird watching especially humming birds, tending to her flowers, piecing quilts for Return the Favor and spending time with her family.

She is survived by her sisters, Zatha "Tudy" (George) Brubaker, Ercell "Marie" (Randy) Witzel all of Reinbeck and Zelda Studebaker of Jesup; sister-in-law Beverly Ladd of Reinbeck and many nieces and nephews. 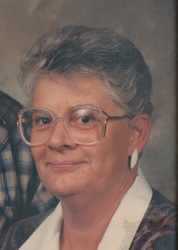